RS176: How a Market Influences Your Success 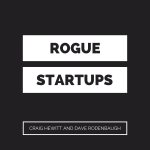 Rogue Startups
RS176: How a Market Influences Your Success

Today Dave and Craig catch up on updates in their businesses and talk a bit about market dynamics and the influences that they have in your businesses success potential.

Dave just recently released a major point version of his AWPCP plugin, which has been a long time coming now and introduces automatic renewals for their support contracts. This should further streamline the recurring revenue aspect of the plugins and make the financial side of the business more predictable.

Both Dave and Craig are in the middle of website redesigns and facing the pain of bad WordPress themes that don’t do what we as a software/SaaS companies really want in a template.

They wrap the episode by talking through what impact the size and characteristics of your market may have on your success.

Every (ok, most) Thursdays

Join us on the Show