Today we welcome Garrett Dimon as a guest to the show.  Garrett is previously the founder of Sifterapp, and is now working as marketing lead at Wildbit.  But Garrett’s really amazing story is one of perseverance.

Garrett has battled with some lingering health issues for years now, which eventually led to the amputation of one of his feet.  After 10 surgeries this was felt to be the best decision he could make for his long term health.

In this episode tune in to hear how Garrett was able to use the power of his SaaS app (Sifter) and the power of recurring revenue to continually provide for his family, even when he was unable to actively work.

Garrett has now sold Sifter and is taking his marketing skills over to the team at Wildbit to help them grow their product portfolio.  This is a great move for a previous founder to go into a company and be able to make real, impactful change in a larger organization. 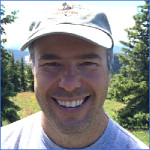